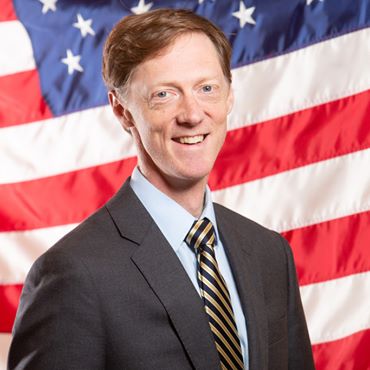 "From conversations I’ve had over and over again, it’s clear that overwhelmingly we all share a view of what government’s roles are in people’s lives and what are the actions we need to take to improve people’s lives.”

"Inclusive growth is a top priority in my administration. We must lean into these economic trends and create an environment that encourages more growth, but growth that benefits everyone single person in this community, in every single neighborhood." - Justin Elicker, Mayor

For more information please read: A City in Transition

Justin Elicker is the 51st elected Mayor of New Haven and is working hard with the team in City Hall so that every New Haven resident has the opportunity to thrive, no matter which neighborhood they’re from.

Weeks into his first year on the job, Mayor Elicker was confronted with the greatest public health challenge of our lifetime—COVID-19—along with the many social and economic challenges the pandemic exposed. Mayor Elicker and his team have prioritized keeping residents safe throughout the pandemic. They have worked to implement a science-based response to the pandemic while ensuring the City paid particular attention to the needs of historically marginalized populations.

New Haven’s strong response to the pandemic has been acknowledged widely. Of particular note have been New Haven’s robust testing regime, deep support for individuals experiencing homelessness, food and other basic needs distribution, reliable and consistent bilingual community messaging and engagement, and technology support for New Haven’s over 20,000 public school students. And now, the city is getting shots in arms—in every neighborhood across the city.

The focus on public safety has gone far past COVID-19. 2020 and 2021 have seen a significant nationwide uptick in violent crime. New Haven is acting aggressively with a multi-pronged approach to reduce violence, particularly gun violence. Among the measures are increased biking and walking beats by the New Haven Police Department, re-starting the shooting taskforce, opening a re-entry welcome center for returning citizens, and holding Project Safe Neighborhood and Project Longevity call-ins with individuals most at risk for violence.

Mayor Elicker and his team are also working to implement vital changes to support New Haven’s most vulnerable. In partnership with local non-profit organizations, the City has permanently housed hundreds of individuals experiencing homelessness over the past year. They are working to implement a one-stop re-entry center with wrap-around services to allow returning citizens to effectively reenter society, are piloting a “Community Crisis Response Team” to re-envision how the City provides services to residents when a police response is not needed and are also piloting a construction jobs training program. On the economic development side, Justin’s team was able to finalize a deal with the State after decades of disagreement to secure the future of Union Station.

Justin attended public school, graduated with a BA from Middlebury College in Vermont, and earned both a Master’s in Business Administration from the Yale School of Management and a Master’s in Environmental Management from the Yale School of Environment. Justin served for four years on the New Haven Board of Alders. He worked in the U.S. Foreign Services, has been an elementary and high school teacher, served for three years as an adjunct professor of education policy at Southern Connecticut State University, and led a local non-profit. He spends as much time as he can with his wife, Natalie, and daughters Molly and April.